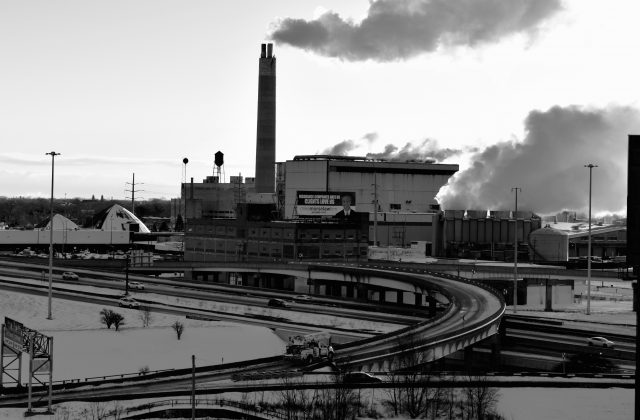 The World Health Organization (WHO) estimates that 4.2 million people die annually as a result of outdoor air pollution.  It has been causally linked to multiple neurodegenerative diseases, leading it to be identified as one of the 12 modifiable risk factors for Alzheimer’s disease by the Lancet Commission.  A University of Michigan multidisciplinary consortium believes the same is true for amyotrophic lateral sclerosis (ALS).

ALS is a progressive neurodegenerative disease that hijacks people’s ability to eat, speak, move and eventually breathe.  It is almost always deadly, usually in just two to four years.  There is no cure for ALS and currently nothing to slow its progression.  There is an urgent need for new insights to identify modifiable risk factors.

Environmental factors represent novel sources of risk for ALS, which are both prevalent and controllable. The Centers for Disease Control (CDC) has awarded what is expected to amount to more than $1 million over three years to study the premise that air pollution is a likely, but understudied, ALS environmental risk factor, which could be controlled to minimize the burden of ALS in the population.

“Even though air pollution is a likely risk factor for ALS, there has been relatively little research to date on this question,” explains Dr. Sara Adar, Associate Chair of Epidemiology. “Our research project is exciting because it newly investigates this question here in Michigan. If we find associations between long-term exposures to air pollutants and ALS, it suggests that environmental policies or local actions targeting emission sources could be an effective way to reduce the number of people living with ALS.” 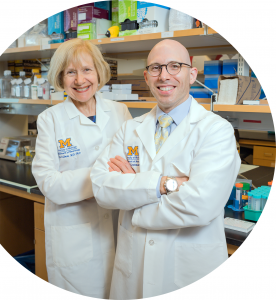 What does this mean for those affected by ALS? Pranger ALS Clinic Director and Co-PI Dr. Stephen Goutman explains: “We will take what we learn about the association between air pollution, the immune system and ALS to identify therapeutic targets using immunomodulatory drugs or identify existing FDA approved drugs that can be repurposed.  This really provides new hope in our fight against ALS.”

The proposed studies have potentially broad utility for future biomedical research and bedside treatment, as well as public health and personal interventions.

“Patterns of air pollution and immune profiles can be applied to neurodegenerative diseases other than ALS,” explains Co-PI Dr. Eva Feldman, Director of the NeuroNetwork for Emerging Therapies and ALS Center of Excellence.  “Our proposed study examines hundreds of ALS subjects and controls, and the associations found here can then be applied to therapeutic development in a multitude of diseases.”