Preliminary data showing an Amylyx Pharmaceuticals drug as a promising new therapy in slowing the progression of ALS was published in The Wall Street Journal Today:

“The drug’s maker, closely held Amylyx Pharmaceuticals Inc., is releasing only the barest outlines of the mid-stage trial for now, as researchers continue to analyze the results. The drug slowed the rate of ALS’s progression in patients as measured by a widely used scale, said the researchers and the company’s founders.

‘We’re just another step closer to hopefully stopping this illness,” said Merit Cudkowicz, who heads the Healey Center for ALS at Massachusetts General Hospital in Boston and helped design and coordinate the study.’”  See The Wall Street Journal article HERE. 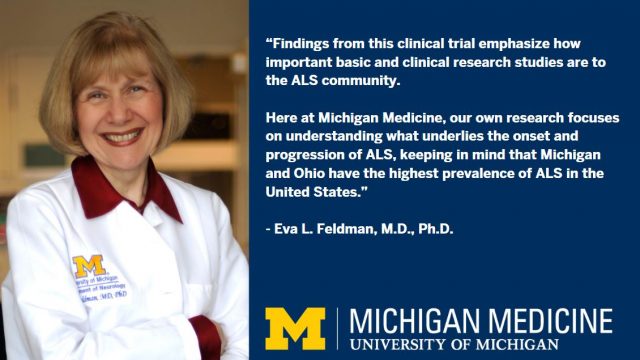 The ALS Center of Excellence at Michigan Medicine is currently one of the research sites gathering clinical data. 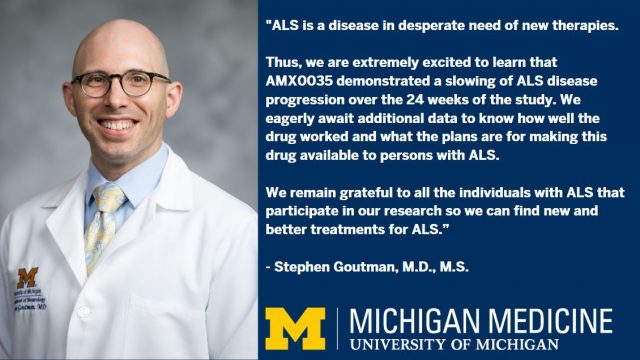 While the trial is ongoing, it is no longer enrolling new participants.