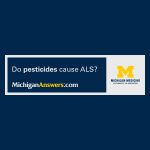 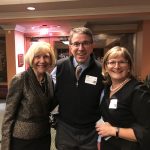 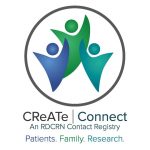 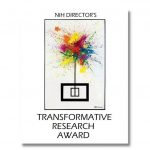 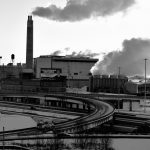 Scientists from the Michigan Medicine NeuroNetwork for Emerging Therapies and Mount Sinai have identified biological markers present in childhood that relate to amyotrophic lateral sclerosis, also known as ALS or Lou Gehrig’s disease, according to a study published in the Annals of Clinical and Translational Neurology in May.

“ALS is a complex disease that is provoked by both genetic and environmental factors,” said Dr. Goutman, director of the Michigan Medicine Pranger ALS Clinic and an Associate Professor of Neurology. “It is critical for us to identify these environmental causes of ALS because they provide insight into disease mechanisms, new therapeutic targets, and modifiable risk factors.”Last month, Eva Feldman, M.D., Ph.D., director of the NeuroNetwork for Emerging Therapies, Stephen Goutman, M.D., M.S., and Claudia FIgueroa-Romero, Ph.D., also collaborated with Mt. Sinai to publish a related article in PLoS Computational Biology that explained how teeth can reveal a person’s lifetime of environmental exposure to metals.

Drs. Goutman and Feldman recently highlighted the need to explore how the environment impacts ALS in a JAMA Neurology Viewpoint article.

In the study, the researchers found the biological markers in the teeth of participants who went on to develop ALS as adults. They used lasers to map growth rings that form daily in the teeth and discovered evidence in the growth rings formed at birth and within the first 10 years of life that patients with ALS metabolized metals differently than patients without the disease.

“Genetic studies have yielded important contributions to our understanding of ALS, but they do not tell the complete story,” said Dr. Feldman, the Russell N. DeJong Professor of Neurology. “Our group has previously shown a link between persistent organic pollutants and ALS risk and progression but there is also evidence pointing to metals as an ALS risk factor. Therefore, we were very excited to work with the Mt. Sinai team.”

The study showed dysregulated uptake of a mixture of essential elements, including zinc and copper, as well as toxins like lead and tin, in 36 ALS patients compared to 31 controls. The markers of metal uptake dysregulation were also observed in teeth from an ALS mouse model that also showed differences in the distribution of metals in the brain compared to controls.

“This is the first study to show a clear signature at birth and within the first decade of life, well before any clinical signs or symptoms of the disease,” said co-author Manish Arora, B.D.S., M.P.H., Ph.D., Edith J. Baerwald Professor and Vice Chair of Environmental Medicine and Public Health at the Icahn School of Medicine at Mt. Sinai. “We hope in the long term, after validation of this work in larger studies, that this will lead to preventive strategies. What’s exciting about this work is that we are looking at biological pathways that we could potentially modify with drug development.”

About ALS:
Amyotrophic lateral sclerosis (ALS), sometimes called Lou Gehrig’s disease, is a fatal neurodegenerative disease that progressively destroys nerve function throughout the brain and spinal card until it becomes impossible to move, speak or breathe. ALS affects more than 30,000 people in the United States. The typical life expectancy is 2-5 years after diagnosis.

About the NeuroNetwork for Emerging Therapies

About the ALS Center of Excellence and Pranger ALS Clinic