The Center for Disease Control (CDC)(link is external) has been a key longtime ally in our fight against Amyotrophic Lateral Sclerosis (ALS), both by funding research initiatives as the ALS Center of Excellence and in the management of the National ALS Registry. 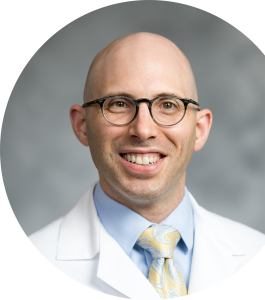 Each year, the National ALS Registry Annual Surveillance meeting is held to update persons who work on ALS or are affected by the disease on the the progress of the National ALS Registry, the registry data itself and its implications.  During the 2021 event, Pranger ALS Clinic(link is external) Director Dr. Stephen Goutman was a featured speaker.  He shared about our important CDC-funded initiative that is looking at “Key Metabolomic Signatures Linking ALS to Persistent Organic Pollutants.

5 key takeaways from his presentation:

1.   Metabolite: A substance made or used when the body breaks down food, drugs or chemicals, or its own tissue (for example, fat or muscle tissue).

2.   We believe that Persistent organic pollutants (POPs), & other environmental exposure types, will lead to unique metabolite signatures detected in both plasma and central nervous system tissue in ALS subjects. Identifying these signatures will:

3.   Both samples obtained once, and those looked at over time, suggest an association of metabolites and progression of disability in patients with amyotrophic lateral sclerosis (ALS).

4.   Exposure models show a statistically significant high occupational risk factor for ALS in individuals exposed to metals.  It was also increased in those exposed to particulate matter, volatile organic compounds (chemicals found in paints, pharmaceuticals and refrigerants) and combustion/diesel exhaust.

5.   Our next steps in this work include the following:

What is the National ALS Registry? 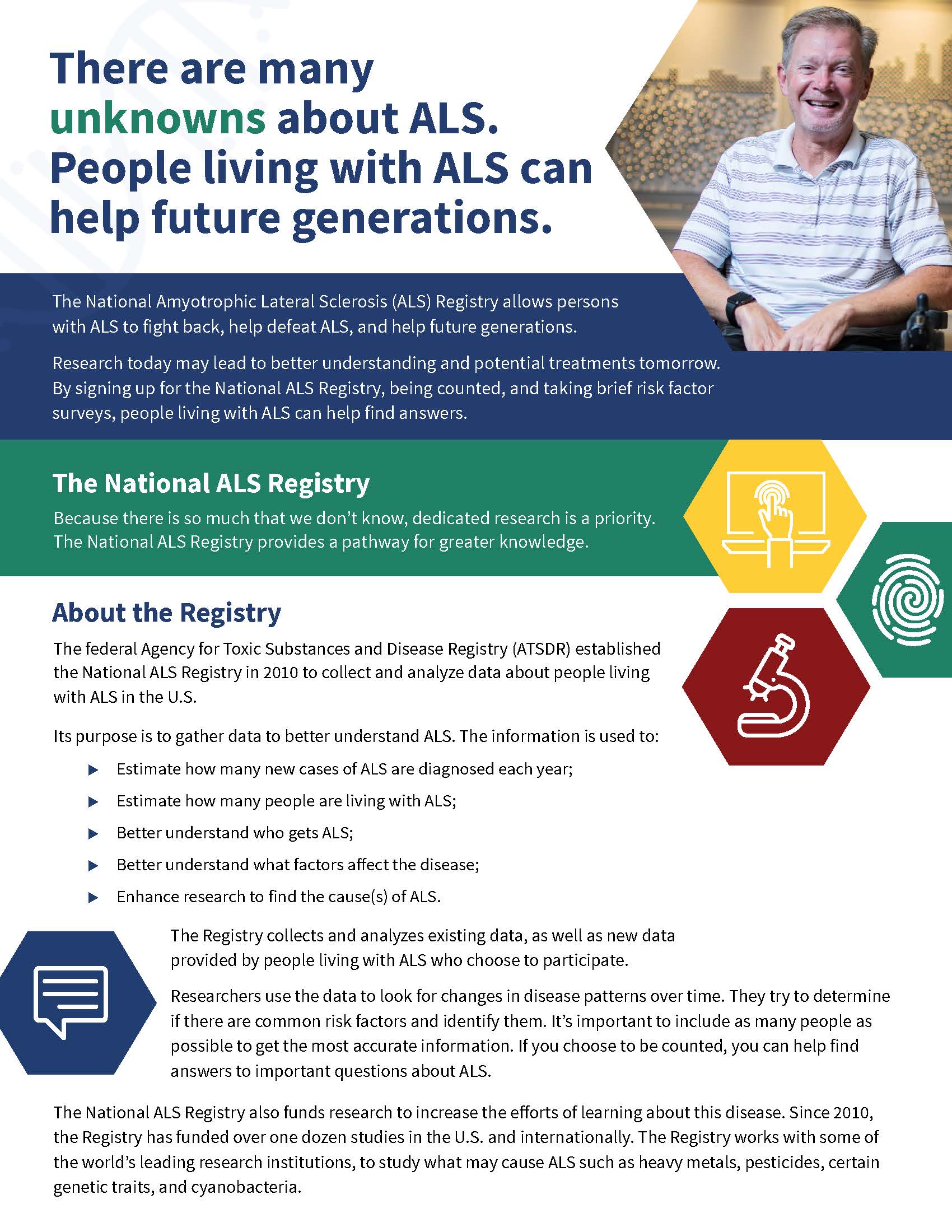 courtesy of the ALS National Registry
Learn More About The Registry